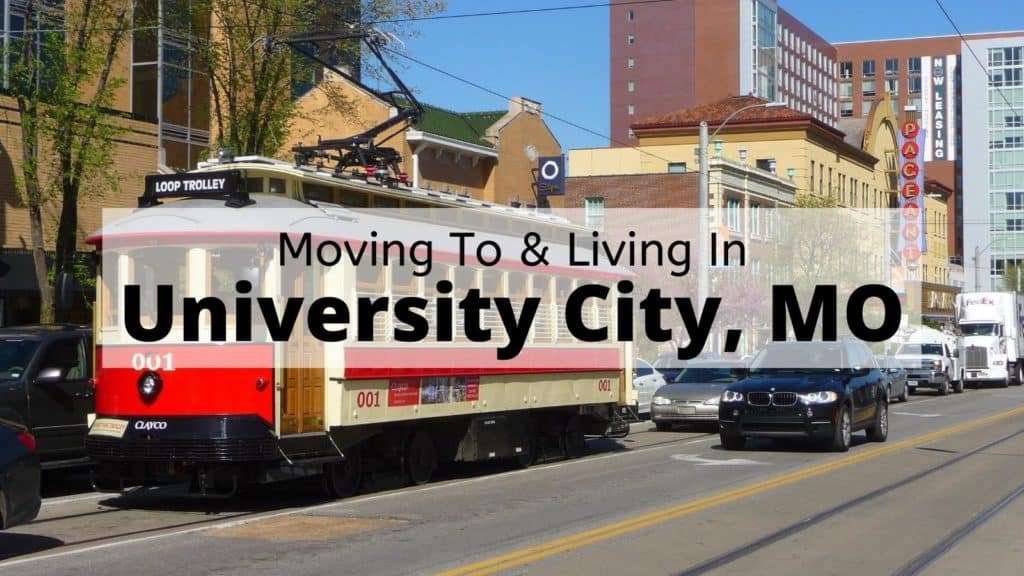 Situated in the far eastern end of Missouri lives the beautiful and mid-sized University City (U. City). Named after Washington University, this upbeat inner-ring suburb of St. Louis resides in an urban community that portrays abundant diversity, a progressing government, and a considerable amount of citizen involvement. As a part of St. Louis county, the gorgeously green University City is known to be a fun and family-friendly place to live in with pristine gardens, great public schools, nice public pools, and proximity to nearby cities. In 1903, University City was founded by Edward Gardner Lewis and was considered a streetcar suburb until the early 20th century. Today, the city is home to many notable places like the Center Of Creative Arts (COCA) and the Delmar Loop which feature entertainment events, cultural restaurants, and the St. Louis Walk of Fame. Some notable people from University City are American playwright and screenwriter Tennessee Williams and former baseball player, Ken Holtzman. The southern side of University City maintains a laid-back and quaint atmosphere with captivating historic architecture, whereas the northern side provides a unique, suburban setting filled with several shopping centers and delicious restaurants. Being nestled in the center of the county, the lively University City maintains excellent commute time for work, shopping, or surrounding cities.

Not to be confused with the ​​University of Missouri- Kansas City, University City has a population of 35,065 according to the United States Census Bureau, and a median age of 35.2. The median household income in University City is $61,274 – just slightly less than the US median of $65,712. University City’s recent job increase rate is 7% which will be beneficial for the 4.3% unemployed.

The racial demographics in University City are extremely diverse with Caucasians making up 53.4% of the population whereas African Americans sit at 35.6% and Asians at 5.37%. On the flip side, University City’s population consists of 54.74% female residents and a remaining 45.26% males.

According to Crimegrade, there are certain areas in the city that sit above the US average level of crime –however, University City is still home to several reliable, safe, and charming areas to settle down in. Nonetheless, the majority of University City’s crime consists of property crime in particular neighborhoods, so picking the right place to move to and having your furry friend on guard should be plenty. If not, you’ve got all 68 sworn officers of the University City Police Department to watch your back.

For being within the vicinity of so many amenities and other cities, the cost of living in University City is very reasonable. University City has a current sales tax rate of 9.238% and according to Redfin, a median house price of $250,000– about $5,000 above the state median. If you’re looking to sign a lease, the average apartment rent in University City comes in at $1,102.

The outgoing University City offers several safe and attractive neighborhoods. One example is the neighborhood of Delmar Blvd. Here, you’ll never get bored with the area’s shops and special community events like the Ice Carnival, Tivoli Theater, Farmer’s Market, and numerous specialty stores and art galleries. If you go about 2 miles west, you’ll end up in Olive Blvd. On top of being next to the vibrant Heman Park, this is the ideal neighborhood in University City if you’re looking forward to being surrounded by ethnic diversity– especially that of Asian nationalities.

Wherever you decide to end up, University City is bound to provide you with a convenient location and amenity satisfaction. If you’re looking to purchase a home within the city, then take a look at Redfin’s online home listings in University City, MO.

If you’re moving to the seasonal humid subtropical climate of University City, MO, expect to get a taste of all four seasons year-round! The winters in University City are rather snowy and cold with a low of 23 degrees Fahrenheit, whereas the summers can be hot and humid with a high of 89 degrees Fahrenheit. In this kind of weather, you’ll often find many residents cooling off in the city’s public swimming pools! You won’t need a tanning booth for the 200 days of sunshine in University City, but you may want to dust off your umbrella for the 43 inches of annual rainfall. You can relax knowing you don’t need to worry about shoveling snow from your driveway for 2 hours every week with only 14 inches of snow a year. With spring and fall as the most pleasant seasons, the best months to visit University City, MO are in May, September, and October. 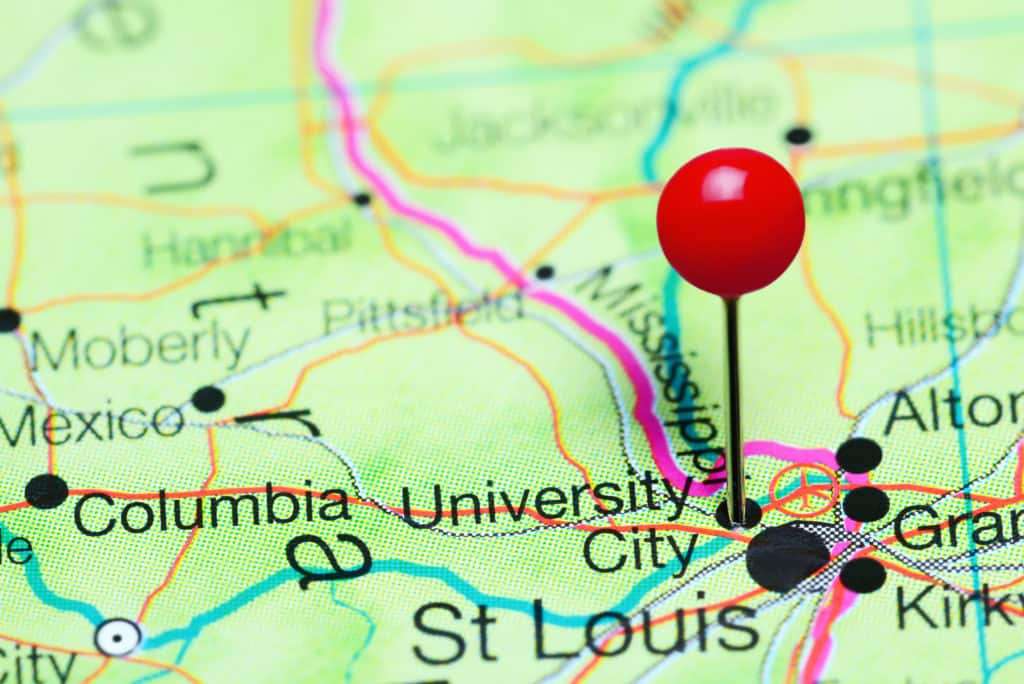 Things to Do in University City, MO

University City offers residents several parks, pools, restaurants, and amazingly fun shopping centers like the Delmar Loop! To see all of the exciting events and news going on in University City, you can check out their impressive city website here! Some more fun things to do in University City are listed below!

As an amenity of Ruth Park, this astounding public golf course features a 9-hole facility for guests to play all 12 months of the year! You’ll also get close access to the beautiful surrounding nature trails!

This excellent Walk of Fame honors numerous past and present outstanding celebrities that were either born in or resided in the Greater St. Louis area. Some notable people include the American Trumpeter Miles Davis and the American Singer/Songwriter Chuck Berry!

All 21 parks, 9 picnic shelters, 10 sports fields, and 8 miles of trails in University City are managed by the city’s Department of Parks, Recreation, and Forestry.

This yummy casual restaurant features specialty, gourmet pizzas, and creative craft beers! You can enjoy your creative pizza and salad combinations along with an amazing Rockbot music experience while you eat!

This excellent American-style restaurant in University City offers guests farm-fresh meals for breakfast and lunch! You can also enjoy their gourmet bakery with delicious pastries and a market with locally-made gifts!

Check out even more things to do and places to eat with this map of University City, MO!

For those wanting to make a living, some of the most popular employers in University City include Boeing, Wells Fargo, and Deloitte. As stated by Payscale, the average base salary in University City is $43,000 whereas the hourly rate is at $9.07. If you’re hoping to apply for a position, try searching for jobs in and around University City.

Rather commute to the bigger city? For those thinking about working or living in the city of St. Louis, all neighborhoods provide about a 10-mile distance from University City to St. Louis which is roughly a 20-minute drive southeast.

Whether you’re a student needing to catch up on homework, or a senior resident looking for some quiet reading time, you’ll always have the University City Public Library to keep you busy.

If you’re thinking about moving to University City, Missouri but are unsure where to start, allow Federal Companies to give you a stress-free move! Our professionally trained team and reliable University City moving services will ensure your move is as smooth as can be. Begin your journey of living in University City by calling us at 309-690-0000!