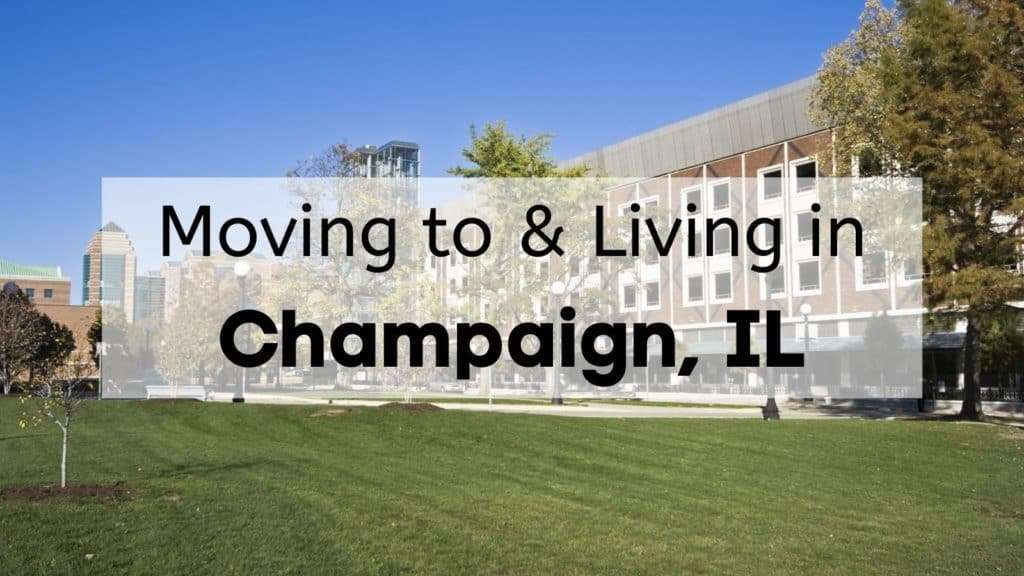 Champaign, IL is famous for being the shared home to the University of Illinois, along with the adjacent city of Urbana, and much of the city amenities and services are aimed at the college-age residents and young professionals. Located about 2.5 hours south of Chicago and 3 hours northeast of St. Louis, Missouri, the city of Champaign is an active city with plenty of fun things to keep everyone busy. You can fly into the Champaign University-Willard Airport which is under 6 miles from the city.

Originally called “West Urbana”, Champaign was founded in 1855 when the Illinois Central Railroad laid its rail track two miles west of downtown Urbana. Often referred to as the hub of the Silicon Prairie, there are several technology companies operating out of Champaign and the city was where the first internet browser was created.

The city is also heavily influenced by sports and has 2 sports stadiums, Memorial Stadium and State Farm Center. The founders of Youtube, Steve Chen and Jawed Karim graduated from the University of Illinois at Urbana-Champaign.

A young city, residents have a median age of 27 in Champaign, maybe representative of it being a college town and students staying in the area after graduation. The population of Champaign, IL is 88,919 with 3,894 people living per square mile.

Is Champaign a safe place to live? The Champaign Police Department is dedicated to protecting the community with 124 sworn officers and 27 civilian staff. There are about 3,409 crimes per 100,000 people which is higher than the national average of 2,477 per 100,000 people but most of the crime is property related. You only have a 1 in 107 chance of being a victim of violent crime in Champaign, so Champaign is a safe place to live.

Cost of Living in Champaign

The cost of living in Champaign, IL is on the low side compared to the entire state of Illinois, with the median household income a little over $48,000 and the median home price is $205,000, most people find the area affordable.

The following expenses were provided by numbeo.com:

Champaign, IL Neighborhoods | Where to Live in Champaign

When you’re considering moving to Champaign, IL and need to decide on a neighborhood, keep in mind the further south you go, the more expensive and upper class the neighborhoods become. The best schools are also on the south side of the city. If you’re looking for inexpensive areas, search further north. Crime rates in the city follow the cost of living – there is more crime in the northern sections of Champaign as you get closer to Chicago, (Champaign is 135 miles from Chicago and driving from Champaign to Chicago will take about 2 hours on I-57 N).

Main Street in downtown Champaign is lined with historic storefronts, consignment shops, and antique shops. Living anywhere within a two block radius of the intersection of Neil and Church Streets puts you close to the busier part of the city, with nightlife and access to entertainment. The safest areas of downtown are west of Washington Street.

Kenwood is a diverse, urban community with 3.5% of residents aged 5 and up speaking French at home and a high percentage of people with German and Irish ancestry living in the area, at 12.9% and 6%. The Kenwood Elementary School is located in the neighborhood.

Located between downtown and Campustown along University Avenue and First Street, the Midtown neighborhood is a charming up and coming commercial district. The neighborhood features walking and biking trails along Boneyard Creek and easy access to the Illinois Terminal.

You’re going to want to bring an umbrella or two, and maybe a raincoat when you move to Champaign. Precipitation is definitely not lacking in the city, and neither are the clouds. In fact, there are more clouds than sun, and more days of rain than not.

Things to Do in Champaign

Everyone from single adults to families with children to sports fans will find something to do in Champaign. There are street festivals, art galleries, parks, concerts, and more. The Champaign Parks and Recreation department maintains several parks and trails for the community to enjoy.

Everything from rock concerts to Broadway plays to men’s and women’s basketball can be experienced at the State Farm Center. It’s the third largest arena in Illinois with a packed events schedule.

For an educational and fun day with the kids, visit the science museum housed in the old Orpheum Theater building.

You don’t have to leave the city when you’re looking for shopping centers, grocery stores, and malls:

Find a never-ending list of things to do, places to eat, or sights to see with this map of Champaign, IL.

With indoor and outdoor dining options, you won’t want to miss one of the best eateries in Champaign. Seven Saints is a classy pub-restaurant with an extensive menu, local brews, and spirits.

Widely regarded as the nicest restaurant in Champaign, Miga is a chic, upscale Japanese venue with sushi and ramen. It should be your first stop for special occasions.

Bring the whole family for a night out at this casual Italian restaurant. Enjoy a pizza or individual entrees of your choice.

The largest employers in Champaign include:

Most of those companies have a number of jobs in Champaign, everything from janitor to CTO!

Kids living in Champaign, IL attend the Champaign 4 Unit School District. All of the schools rank above average, nationally.

The largest universities in Champaign are the University of Illinois at Urbana-Champaign, which awards 14,052 degrees annually, and Parkland College, awarding 1,428 degrees.

The Champaign public library is one of the city’s brightest spots, and along with being a great spot for students and residents, it’s a tourist attraction for visitors to the city.

Tips for Moving to Champaign

Don’t try moving to Champaign, IL on your own. Let Federal Companies help you navigate the city streets and deliver your belongings safely. Call 309-690-000 and see how affordable it is to hire professional movers.