Barrington was first founded in 1865. Locals can learn about its rich history at the Barrington History Museum. Today, the suburb is well-known for its historic 19th century architecture, high-end homes, and breathtaking natural spaces. Downtown Barrington is known for its small town charm, top-rated restaurants, numerous parks and nature preservers, and convenient shopping. Locals living in Barrington especially appreciate the tranquil residential neighborhoods that comprise this breathtaking community.

Throughout the years, various celebrities and notable personalities have lived in Barrington. Author Veronica Roth, fashion designer Cynthia Rowley, and NFL player Kirk Cousins have all resided in the area.

The Village of Barrington’s population is 10,722 (as of 2020). This is an increase from 2019 (when the area was home to 10,290 residents). An estimated 54 percent of the population identifies as female, whereas 46 percent identify as male. The median resident age is 40.8 years old, which is about 10 percent higher than Illinois’s median age.

Among the 3,988 households in town, 74 percent include married couples. Locals are highly educated, with 95.6 percent of people having at least a high school diploma. Nearly 70 percent of the population have a bachelor’s degree or higher. Reflecting this high level of education is the village’s median per capita and household income figures. The median household income of Barrington is $112,794, which is one and a half times higher than that of the Chicago metro area. Median per capita salaries hover around $64,507, which is also significantly higher than figures in the Chicago metro area.

Barrington is a safe place to live. Total crime is significantly lower than in surrounding areas. In fact, when compared to the rest of Illinois, Barrington crime rates are 61.5 percent lower. Incidents of violent crimes are 95.3 percent lower than the state’s current rate. Keeping the village safe is a fantastic staff of officers at the Barrington Police Department. 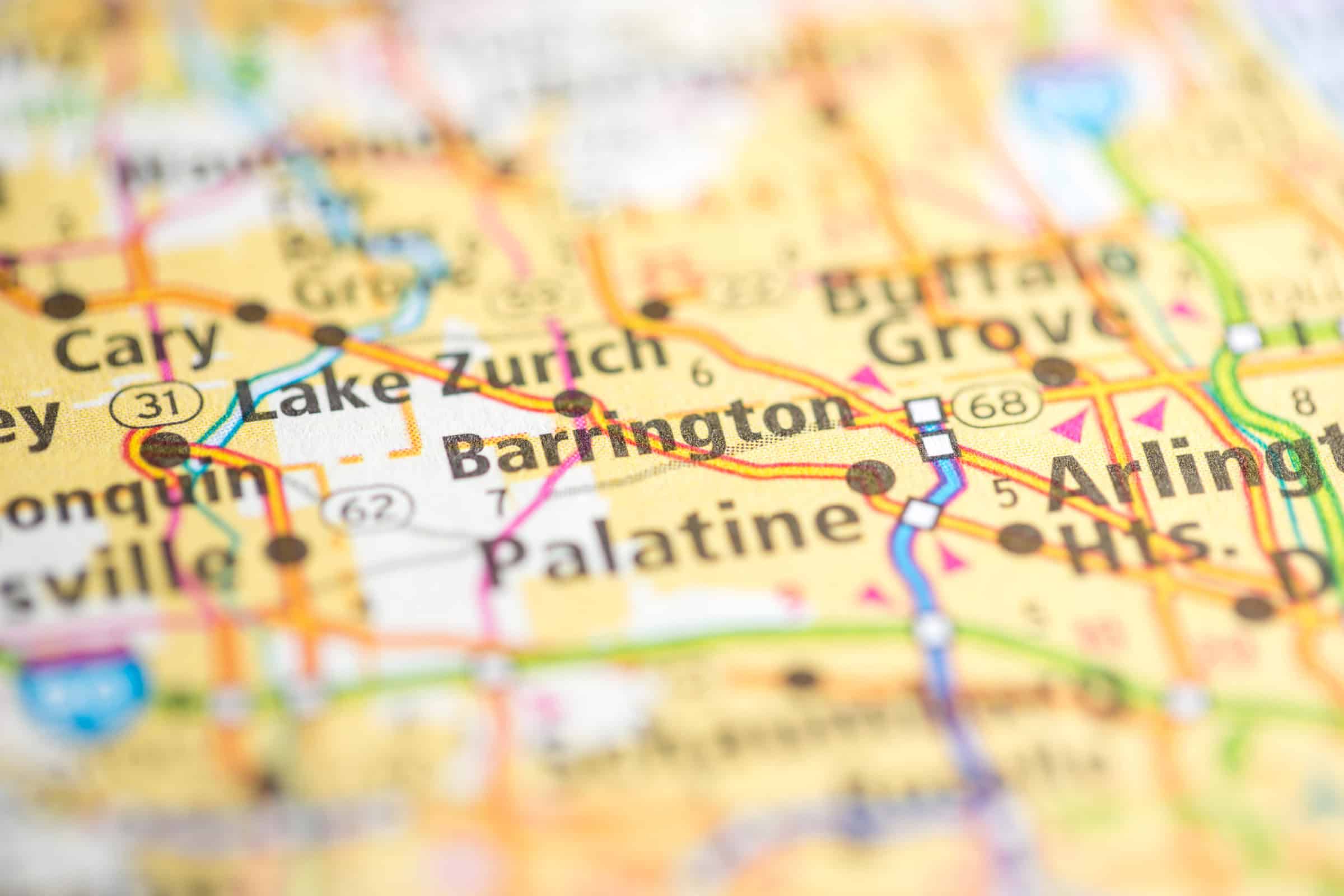 Cost of Living in Barrington

Wondering to yourself, “what is the cost of living in Barrington?” As an upscale Chicago suburb, individuals who are planning on moving to Barrington can expect to pay higher than average prices for a variety of items.

The Barrington median home price currently sits at $475,600. This figure is two times higher than median home prices in the Chicago-Naperville-Elgin, IL-IN-WI metro area. Approximately 39 percent of the homes in Barrington are valued between $500,000 and $1 million. In addition to its prime location, property sizes are another main driver of these higher prices. The vast majority of houses offer four or more bedrooms, and thousands of square feet of interior space.

According to the Economic Policy Institute, a family of four will need to earn $89,187 per year to afford to live in Barrington.

Barrington Neighborhoods | Where to Live in Barrington

When moving to Barrington, the best places to live depend largely on an individual’s preferences. While all neighborhoods are safe and serene, the village’s parks and things to do are a determining factor in what area is most suited to your needs.

Those who are in search of a spacious suburban home that is surrounded by breathtaking natural spaces should consider relocating to the Fox Point North neighborhood. Lake Shore Drive South winds around awe-inspiring Lake Louise, with roads leading directly to the Cuba Marsh Forest Preserve.

Individuals who prefer being close to it all should explore the center of Barrington (on and just off of East Main Street). Here, you’ll find much of the area’s historic architecture, as well as its top-rated shopping and dining establishments. 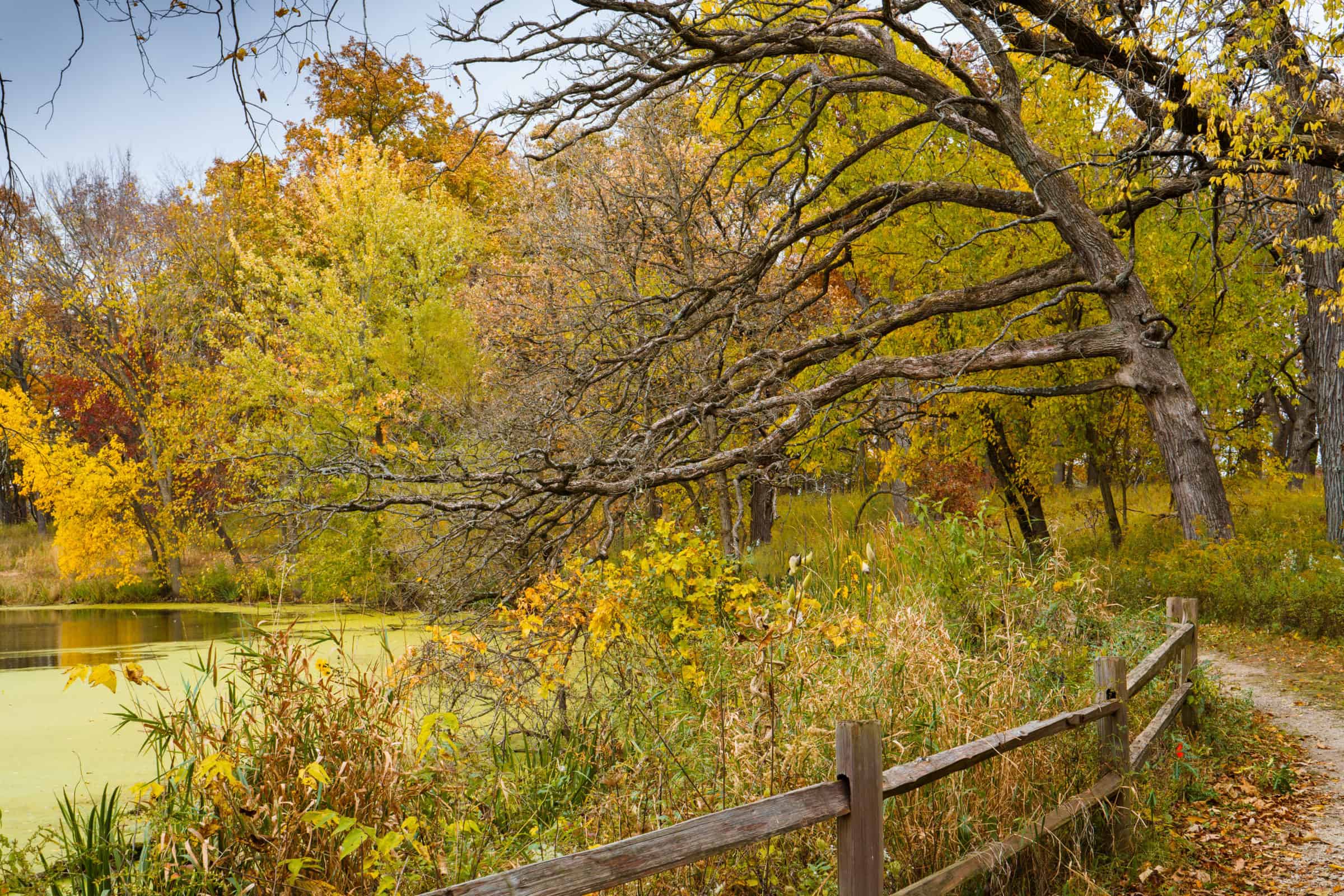 Mild summers and long, chilly winters are common weather patterns in Barrington. Featuring all four seasons, the climate in this Chicago area suburb is much like you’d expect in the Midwest.

Depending on the time of year, the average daily low and high temperatures fluctuate between 14°F to 85°F. Cold temperatures begin to arrive at the end of October. By November, daily highs only reach 47°F. In May, the average high jumps dramatically to 71°F.

Snowfall and ice are major considerations in winter. January alone sees average snowfall totals of 4.8 inches. However, this number can easily rise with just one winter storm or blizzard. Before moving to Barrington, be sure to pack your winter coats, gloves, and snow boots.

Things to Do in Barrington

Barrington overflows with things to do for people of all ages. Even when the weather is cold and snowy, there is plenty to see and experience year-round.

Learn about the area’s rich history by taking a tour of the Barrington History Museum. Displaying permanent and rotating exhibits, visitors can get a firsthand, immersive glimpse into life since the founding of the village.

A post shared by Forest Preserves of Cook Co. (@fpdcc)

Surround yourself with 330 acres of scenic views at this stunning wildlife refuge. Visitors of this preserve can traverse hiking trails, soak in the tranquility of Baker Lake, and go birdwatching.

Barrington operates four parks and other amenities for all residents to enjoy. Check out the complete list of events and destinations on the Barrington Parks and Recreation site.

In addition to these fun things to do, there are many events in Barrington. Click here for a calendar of events.

Sporting rustic decor that creates a casual, homey vibe, Farmhouse on North is one of Barrington’s best places to eat. All housemade dishes use as many ingredients from local farms as possible. Although their menu is seasonal, two recurring favorites include the Famous Friday Fish Fry and hand battered Fried Chicken.

Craving wood fired pizza and wine? At Neoteca, enjoy a bouquet of authentic flavors that are sure to delight your palate. Sample tasty items such as the Burrata Pizza, Artisan Paninis, and one-of-a-kind Bruschetta menu.

Students and others will enjoy the free Barrington Library. It is located just off of Highway 14 along East Valencia Avenue.

Discover additional things to do, places to eat, and beyond with this City Map.

Pros & Cons of Living in Barrington

Preparing for your move to the Chicago suburbs? Trust our Barrington, IL movers to help you transport all of your items safely and efficiently. Contact us today at 309-690-0000 for more information.