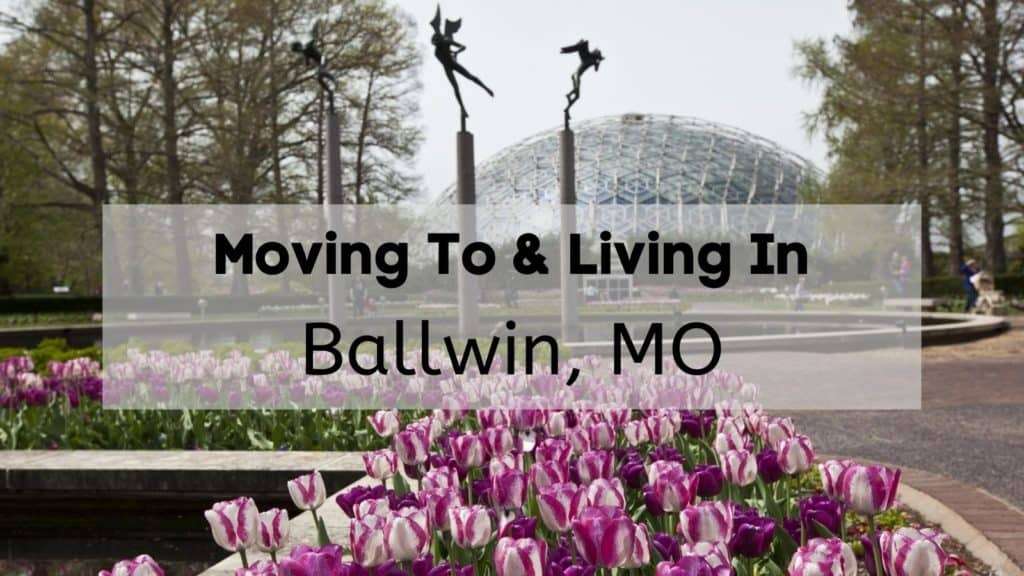 Located just southwest of St. Louis’s city center, in St. Louis County, Ballwin is an affluent suburb of St. Louis which has been named both the safest city in Missouri and best place to live in the state multiple times. Ballwin got its start in the early 1800s, when the area was settled by one John Ball, for whom the city is named. Ballwin was officially established thirty years later, and a post office has been running out of the area since the 1860s. Although a humble start, nowadays Ballwin is among the most desirable of St. Louis’ peripheral communities, perfect for monied folk looking for a place to settle with their family!

Thinking about moving to this community, but wondering if Ballwin is a safe place to live? With multiple accolades as the safest of Missouri’s cities and an A+ rating on Areavibes, any doubts you had that Ballwin was a safe place to live can be safely put to rest. Ballwin has a crime rate 66% lower than the United States, with violent crime being 92% lower and property crime being 61% lower.

Cost of Living in Ballwin, MO

Although Ballwin is certainly expensive for Missouri, you might be surprised with just how affordable this affluent city is, with the cost of living here being only 3% higher than most places in the United States, according to Payscale. Homes in Ballwin will cost you around $384,201, which is more than double the average Missouri home price of $157,200. If you choose to move to Ballwin, you’ll find that you’ll be paying less for things like groceries, utilities, and transportation, with only housing being put above the national average. Ballwin’s rent is similarly relatively affordable, being around $1,097 for all units.

Ballwin might not be quite as affordable as other places in Missouri — but for the price, this safe and lovely community is a steal!

Although certainly a little small, clocking in at only nine square miles, Ballwin still has plenty of space for distinct communities that’ll suit any kind of resident! No matter what, though, you’ll be sure to always experience Ballwin’s characteristic tight-knit community. Check out some of your neighborhood options below:

Rather curiously, Ballwin’s City Center area is actually among the more affordable neighborhoods in terms of real estate, while also having access to most of Ballwin’s amenities and attractions. The Clayton Road area is the closest to St. Louis, and has higher property prices one might expect out of such an arrangement. Meanwhile, the New Ballwin Road area is home to Ballwin’s most expensive property, being right next to Wildwood.

If you want to make yourself a part of any of these communities, you should check out the latest listings for homes for sale in Ballwin, MO.  Here is a map of Ballwin MO.

If you’ve lived in or been to Missouri, you know what to expect. If not, expect humid climates with lots of rain but relatively little snow. You can expect lows of 21 degrees Fahrenheit during the winter months, and highs of 88 degrees Fahrenheit during the summer months. Ballwin experiences more than the average amount of rainfall when compared with the rest of the United States, with 44 inches per year as compared to 38 inches. Meanwhile, Ballwin experiences less snow than the national average, with 12 inches as compared to 28. The best times to visit Ballwin, in terms of comfort rating, are May and September.

Things to Do in Ballwin, MO

Ballwin, even without its proximity to St. Louis, is simply awash in things to do! Whether it’s shopping or fun attractions for the whole family, Ballwin has got you covered! Check out shopping centers nearby like the Ballwin Plaza for all your shopping needs! You should also check out some of the best things to do in Ballwin, MO below:

No city or community would be right without a good park, and Ballwin’s park hits it out of the park! This massive 1,800 acre state park is not only home to recreational areas, but a multitude of wonderful wilderness hiking trails with great views overlooking the Meramec River, which the park straddles. Castlewood State Park is a must-visit while in Ballwin!

Despite the name, we assure that this unorthodox trampoline park is located right in Ballwin — only a short drive away to give your kids the blast of a lifetime! A popular spot with locals to bring their kids for birthday parties, this amusement park is sure to please!

Places to Eat in Ballwin, MO

Alongside its host of things to do, Ballwin is also home to plenty of great eats! Check out some below:

An upscale dining environment for the typical American fare typical of the South, Circle 7 Ranch is popular with Ballwin locals due to featuring tables with their own beer taps — sure to spice up a vibrant night!

Love the food of Central America, but worried there’ll be no options for such cuisine in Ballwin? Worry no more! This taco and pita grill makes all sorts of wonderful tacos, perfect for those seeking a more Western taste.

Ballwin is served primarily by the Parkway C-2 School District, an excellently rated school system where 44% of the schools contained within are considered “Above Average”, according to Greatschools. Ballwin’s access to excellent schooling is another reason why it is one of St. Louis’ most desirable suburbs! Some highlights in terms of local schools include the Henry Elementary School, Selvidge Middle School, and West High School, which has an 8/10 rating on Greatschools. Rest assured, your child will be in good hands during your stay in Ballwin!

Those planning on making a living in Ballwin should know that wages and cost of living have both been slowly increasing, according to Payscale. The most popular positions of employment are Accountant, Software Engineer, and Account Manager. The largest employers in this area are Centene Corporation, World Wide Technology, Inc., and Bayer Cropscience. The average salary for a worker in Ballwin is $64k a year, while the average hourly wage is $18.44.

As you might expect with one of St. Louis’ most affluent areas, there’s a wide variety of opportunities to make good money while living in Ballwin. Check out the latest listings for jobs in Ballwin, MO here.

Ready to take that last step and start your journey to making Ballwin your new home? Give the Ballwin, MO movers at Federal Companies a call! Our crew of highly-trained professional movers will ensure your move is a stress-free process at affordable rates! Call now or fill out our online form for a free quote! 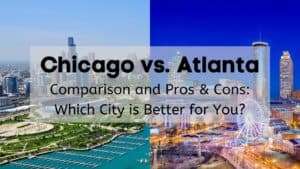 Chicago vs. Atlanta | ⭐️ Comparison, Pros & Cons, Which City is Better for You? 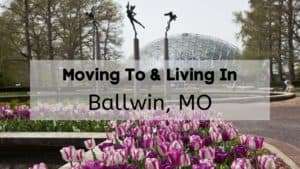 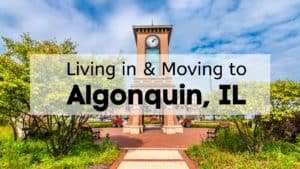