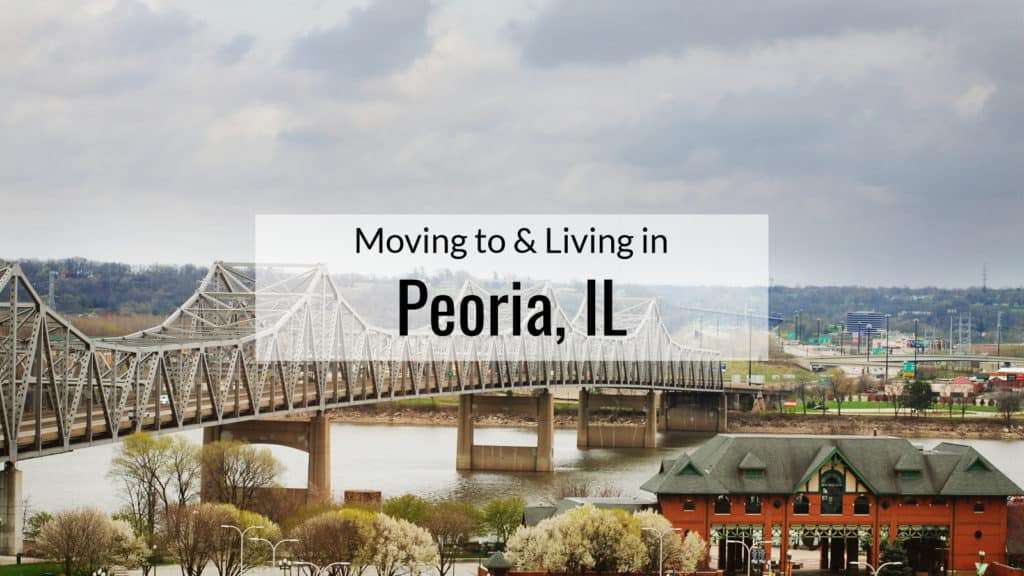 Located on the eastern edge of the self-titled Peoria County, Peoria is a vibrant city right on the banks of the Illinois River. Established in the late 1600s by the French when they still lorded over the area of the Louisiana Purchase, Peoria is considered the oldest settlement in Illinois. The community received its distinctive name from the Native American tribe which lived in the area, and began its life as a simple French fort until it further developed into a town. Known as an industrial trade city, due to its position on the river, Peoria today is a bustling but affordable urban center with all the historic landmarks and architecture you’d expect out of such an old city. Peoria is also a cultural hub, being home to a wide range of performing arts, like the local Renaissance Park and Civic Center. Peoria is home to many notable residents, such as Chronicles of Narnia make-up artist Tami Lane and horror writer Dan Simmons.

Thinking about moving to this city, but wondering if Peoria is a safe place to live? Peoria does indeed struggle with crime more than other places in the US, with a D rating on Areavibes. However, the general crime rate here is still 34% lower than the national average overall, while the property crime rate is 40% lower.

Cost of Living in Peoria, IL

Despite its urban setup and advantageous position on the Illinois River, Peoria is an affordable place to live, with the cost of living here being 2% lower on average than other places in America, according to Payscale. Homes in Peoria are about three-fifths the price of an average home in Illinois, with the average home costing you $124,600. If you choose to move to Peoria, you can also expect to pay less for groceries and utilities, although you can expect to pay slightly more for transportation. Renting here is similarly affordable, with the average rent for an apartment in Peoria of $816 a month.

Peoria offers all the advantages of its urban environments combined with affordable property, a perfect mix! There are few places in Illinois where your money goes further.

Moving to Peoria means you will be served by school districts like the Peoria School District 150 and Dunlap Community Unit School District 323, as well as many others. There’s a plethora of options for districts and schools in the area, with at least 124 recorded by GreatSchools. Some great local schools include Wilder Waite Elementary, Hollis Consolidated Grade School, and Richwoods High. Rest assured, your child’s education will be in good hands while you’re living in Peoria!

Those who lived in Chicago will know Peoria’s climate well, and will be hard pressed to find any surprises here. You can expect lows of 16 degrees Fahrenheit during the winter months, and highs of 86 degrees Fahrenheit during the summer months. Peoria experiences exactly the average amount of rainfall when compared with the rest of the United States, with 38 inches per year. Peoria experiences some snow, with 23 inches as compared to the national average of 28. The best times to visit Peoria, in terms of comfort rating, are June and September.

Peoria is a big place, and that means lots and lots of choices for your own community! Check out some of your neighborhood options below:

Peoria is home to many distinct and historic communities, as well as many important landmarks. Take, for instance, Grandview Drive, which Teddy Roosevelt called “the most beautiful drive in America” during his presidency. Peoria is also home to many communities centered around parks, like Camp Wokanda, Robinson Park, Green Valley Camp, and Detweiller Park.

If you want to make yourself a part of any of these communities, you should check out the latest listings for homes for sale in Peoria, IL.

Those planning on making a living in Peoria should know that wages have been decreasing and cost of living has also been decreasing, according to Payscale. The most popular employers in this community are OSF St. Francis Hospital, UnityPoint Health, and Caterpillar, Inc.. The most popular positions of employment are Registered Nurse, Certified Nurse Assistant, and Licensed Practical Nurse. The average salary for a worker in Peoria is $61k a year, while the average hourly wage is $17.36.

If you’re planning on getting gainful employment after moving to Peoria, seeking out a job in the healthcare industry or construction are good options. Check out the latest listings for jobs in Peoria, IL here.

Things to Do in Peoria, IL

Moving to the beautiful little city of Peoria means plenty of opportunities to visit wonderful attractions that are fun for the whole family, as well as plenty of opportunity for great shopping. Check out shopping centers nearby like the Shoppes at Grand Prairie for all your shopping needs! You should also check out some of the best things to do in Peoria, IL below:

If the concrete jungle is getting you down, why not try the real jungle for a change? Peoria Zoo is host to a wide variety of animals from all over the world, and is a wonderful Peoria attraction for the whole family!

Home to a dome planetarium, a giant screen theater, art exhibits, and more, this riverside museum complex is host to all sorts of displays on all sorts of topics, from history to the sciences! Peoria Riverfront Museum is sure to blow your and your kid’s socks off!

Places to Eat in Peoria, IL

Alongside its host of things to do, Peoria is also home to plenty of great eats! Check out some below:

Serving a wide variety of dishes from all over the world, One World Cafe is the place to stop by if you’re looking for multicultural cuisine! Among the highest-rated establishments of its kind in Peoria, One World Cafe is sure to please!

Ready to take that last step and start your journey to making Peoria your new home? Give Federal Companies a call! Our crew of highly-trained professional movers will ensure your move is a stress-free process at affordable rates! Call now or fill out our online form for a free quote!