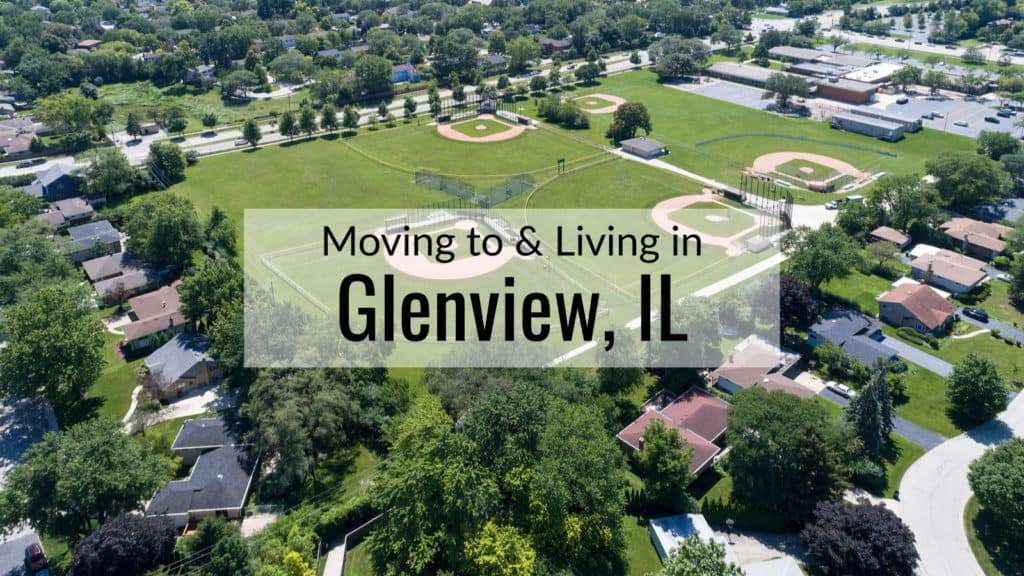 Situated 15 miles north-west of the Chicago loop, Glenview is a charming village incorporated into Cook County in Illinois. Glenview has plenty of cool attractions, lovely houses and architecture, and quick access to Chicago while not being in the middle of it’s hustle and bustle. Glenview is known for the Glen Town Center, an interesting shopping center partially fashioned out of an old US Navy air base, as well as its historic neighborhoods like the Park where the colonial practice of council management is still practiced as a form of government. Glenview began its life as a religious community for the New Church in the late 1800s, and has been expanding and growing ever since.

Glenview may be a village, but it’s still fairly large with a population of 47,333 residents, distributed at around 3,000 people per square mile. The median age here is 46.1 years old, being about 25% higher than the general figure for Illinois, but this is skewed left and right, so you won’t have to worry about your children having no one to play with, and you’ll be able to find people your age no matter what. Demographically, Glenview is majority Caucasian (54%), but also has significant Asian and Hispanic populations.

Thinking about moving to Glenview, but worried about crime? Thankfully, Glenview is a very safe little village — Glenview is safer than 61% of cities in America! Glenview is very well educated too, with 96% having high school diploma and 64.5% having a bachelor’s degree or higher.

Cost of Living in Glenview, IL

If you’re thinking about moving to Glenview, you might have mixed feelings about the cost of living there as Glenview’s cost of living is 56% more expensive than the national average. Glenview’s  housing costs are triple the average for the United States, at $ $527,000 for average home price in Glenview. That is up 17% from last year.  If you’re looking to rent in Glenview you’ll find that Glenview also has rather steep prices for rent, with an average of $2,202 per month. Transportation and groceries are also more expensive than average.

However, all of this expense means living in a safe, beautiful village with quick access to luxury shopping as well as the city of Chicago, and those living in Glenview can also expect to pay slightly less for utilities than average.

Those moving to Glenview can look forward to plenty of excellent schools to choose from. Glenview is served by the Glenview 34 School District, which not only is host to plenty of top-rated elementary, middle, and high schools, but also hosts lots of events and activities to enrich your children’s education, like summer camps. Whether it’s public or private, your child can enjoy an excellent education at institutions like Henry Winkelman Elementary School, Springman Middle School, and Glenbrook South High School.

Those pursuing higher learning in Glenview will find that there are plenty of fantastic Glenview colleges, community, public, or private, to choose from as well. A community college like the Oakton Community College can help you start your college journey on a budget, while a private institution like Northwestern, which only has an acceptance rate of 8%, will get you some of the best education in the nation!

Glenview’s climate can be rough for some, but might be fairly mild for others. Summer months generally average in the high 70s and low 80s, while winter months generally average in the 30s and 20s, with January being particularly cold. That being said, the best time to visit Glenview would likely be May or September. Glenview enjoys slightly less rain than the national average, 36 inches per year as compared to 38, but also gets far more snowfall than other places, at 36 inches per year as well. If you’re planning on living in Glenview, be prepared to shed some layers in the summer, and shovel some snow in the winter!

Despite being only 15 square miles, Glenview still has plenty of options for communities to live in! Some of these neighborhoods originate from Glenview’s origins in the early 1900s as a religious community, while others are newer expansions built as the village grew. No matter what, you’ll be able to find something for you.

How about living in the very oldest neighborhood in all of Glenview, the Park? Built in 1900, the Park was essentially the very beginning of Glenview’s history, constructed by members of the New Church to house their new cathedral. The neighborhood has expanded far from it’s humble origins, and now accepts almost anyone into their local network of schools, but much of the original neighborhood remains as it was in 1900.

If you’re looking for something a little more luxurious, you’ll love this upscale Glenview neighborhood of Glenayre Park. Most homes here are usually priced in the range of $5-10 million dollars, but the trade-off is living in one of Glenview’s most beautiful neighborhoods.

Interested in buying a home in Glenview? Check out Glenview, IL real estate here, and start your journey to making Glenview your new home.

Those looking for jobs in Glenview will be happy to know wages have been increasing, although this is countered by an increase in cost of living. Most employed in Glenview are employed in industries like marketing, financial analysis, and sales, and some of the most prolific employers are Kraft Heinz Inc. and Anixter, Inc. Meanwhile the average salary in Glenview is $68k a year, while the average hourly wage is $20.96 per hour. While those salaries might not be enough to afford high-end properties in the area, it is a good indicator that Glenview’s economy is strong.

If you’re looking to make a living in Glenview, you cannot go wrong with being employed in sales or the healthcare system, as these are some of the highest earning positions. If you’re interested in checking out jobs in Glenview, IL for yourself, you can see current open jobs here.

Things to Do in Glenview, IL

Glenview is home to not only plenty of history, but also lots of fun attractions and things to do. There’s plenty of places to get your shopping done, like the highly rated Glen Town Center, and with just a short drive from Glenview to Chicago, you’ll have all the incredible things Chicago has to offer at your disposal.

Kohl Children’s Museum provides a fun Glenview experience with kids that’ll also entertain the parents. Providing hands-on laboratories for children from birth to eight years of age, this place is sure to make your kids have a blast.

Funtopia is a theme park that’s a great activity with kids! Choose from an expansive rope course, a realistic caving system, and more! This establishment is sure to give your kids a blast.

Places to Eat in Glenview, IL

Getting hungry after visiting all the Glenview attractions? Glenview not only has plenty of great things to do, but also lots of high-end and affordable places to eat as well. Check out some of Glenview’s fantastic restaurants below!

If you love luxury dining, Cafe Lucci should be your first stop on a night out! Run by two chef brothers since 1995, this Glenview restaurant brings you fine wines, pan-Mediterranean, American, and French dishes together in one amazing establishment.

If you love a good breakfast, you’ll love Elly’s Pancake House! Serving the finest pancakes in Glenview, this is the number one joint for anyone who loves waffles, eggs, pancakes, and more!

Tips for Moving to Glenview, IL

Ready to take the final step, and make Glenview your new home? Contact Federal Companies! Our expert team of reliable movers will get you moved to Glenview in no time, and at competitive rates.