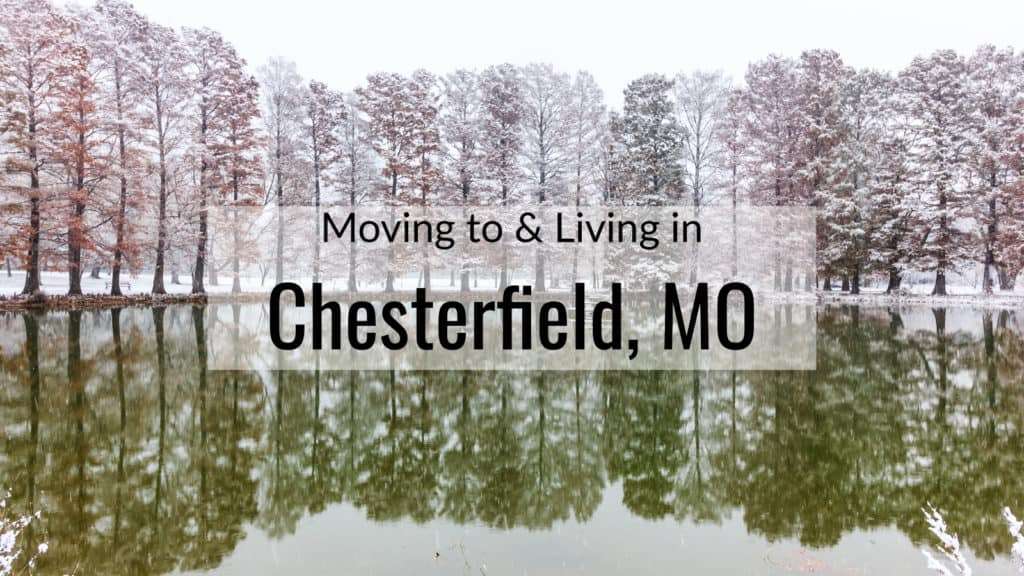 Chesterfield is an idyllic suburb located just 25 miles to the west of St. Louis’ city limits. Chesterfield is known for its beauty, both architecturally and with its expansive nearby series of parks. The classification as a “suburb” might mislead you into thinking Chesterfield is only housing, but in truth, Chesterfield holds some of St. Louis’ most important infrastructure, such as the Spirit of St. Louis Airport, and is a hub for many of the city’s important rail and road networks. Chesterfield’s history is about as long as the history of St. Louis, with the earliest traces of Chesterfield being various communities in the valley which were founded in the early 1800s. The valley in which Chesterfield resides is often called the “Gumbo Valley”, because the muddy soil after rain resembles a Southern soup dish of the same name. After weathering a variety of terrible natural disasters, including earthquakes and tornados, Chesterfield has become a truly beautiful place to live.

The suburb of Chesterfield, located in St. Louis County, is home to a population of 47,633, distributed at around 1,500 people per square mile. As one might expect from a suburb, the population leans towards middle-aged, with the average age here being 46.6. Chesterfield is fairly ethnically homogenous, being 80% Caucasian, but also has a significant Asian population, which makes up 11% of the population. There are actually more women in Chesterfield than men, with 52% of the community’s population being female.

Cost of Living in Chesterfield, MO

Those thinking about moving to Chesterfield should know that the cost of living here is 12% more than the United States national average, mostly due to increased housing costs. A home here will cost you $370,300, which is 46% more expensive than the average for America. However, you can expect to pay less for just about everything else while living in Chesterfield, with groceries being around 2% less, utilities being 3% less, and transportation being 5% less than the national average. You’ll find renting in Chesterfield is similarly low cost, with an average of $1,081 per month for all apartments, regardless of size.

The cost of healthcare in Chesterfield is just around the national average. A doctor’s visit will usually cost you around $111.04, while a dentist’s appointment will cost you $95.40 on average.

Although the initial housing cost is a daunting hump, the low cost of utilities and transportation are sure to smooth out the rest of your stay in Chesterfield.

Chesterfield is primarily served by the Rockwood R-VI School District, although some schools within Chesterton are under the jurisdiction of other districts. Alongside managing the public schools here, the Rockwood School District also hosts events and provides additional materials to ensure your child’s success in education. Fantastic institutions of learning like the Chesterfield Elementary School, with a 9/10 rating on GreatSchools, and the Central High School, with a similarly high rating, will guarantee your child a headstart in their education.

Are you or a family member interested in higher education? Luckily for you, there’s plenty of great colleges in Chesterfield! Being next to St. Louis has its perks, including being within driving distance of some of the city’s finest universities, like Lindenwood University and Missouri Baptist University, both of which are some of the top rated universities in the state of Missouri.

Those planning on moving to Chesterfield should beware the cold! Winters here can get very chilly, so be sure to pack some layers. You can expect highs of 89 degrees Fahrenheit in the summer months, and lows of 21 degrees Fahrenheit. Chesterfield experiences more rain than most places in the US, with 43 inches as compared to 38 inches, but experiences less snowfall, with 13 inches as compared to 28. If you’re planning on visiting Chesterfield, the best times weather-wise would be May or September.

Check out a sample of Chesterfield’s best neighborhoods below:

If any of these neighborhoods look particularly appealing to you, there’s plenty of listings for real estate for sale in Chesterfield, MO!

Those looking to make a living in Chesterfield will be glad to know that wages have been increasing, although cost of living here has climbed at a significantly higher rate. In Chesterfield, the most prolific employers are MiTek Industries, Bayer Cropscience, and Centene Corporation. Meanwhile, the most popular employment positions here are office manager, project manager, and accountant. The average hourly wage for a worker in Chesterfield is $17.34, while the average salary is $64k a year.

If you’ve got talents in the fields of accounting and management, the Chesterfield job market will certainly have a spot for you. If you’re interested in seeing the current job listings for Chesterfield, MO, you can do so here.

Things to Do in Chesterfield, MO

One of the more unique attractions in Chesterfield, the Butterfly House is a botanical garden and zoo which is host to — you guessed it — butterflies! However, this attraction also hosts displays related to other insects. If you or a loved one loves bugs, this one is sure to entertain!

The Central Park of Chesterfield is a beautiful, full-size park with a wide variety of activities to enjoy, including an aquatic center and a large ampitheatre.

That’s not all! Check out more fun things to do in Chesterfield below:

Places to Eat in Chesterfield, MO

While you’re entranced with Chesterfield’s variety of fun activities, don’t forget to check out its great eateries! You can see a sample of just a few of the best below.

A restaurant and a winery at the same time — what more could anyone want? Alongside excellent wines, EdgeWild also serves prime dishes cooked by some of the best chefs in Missouri! EdgeWild is a must-visit during your stay in Chesterfield.

No town would be complete without a good Italian restaurant, and Chesterfield is no different. This little diner serves everything from pastas to woodfired pizzas, and is sure to tickle that Italian itch we all get!

Tips for Moving to Chesterfield, MO

Ready to take the plunge and begin your journey to settling in Chesterfield? Federal Companies can help! Our Chesterfield, MO movers will transform your relocation into a stress-free and easy process!