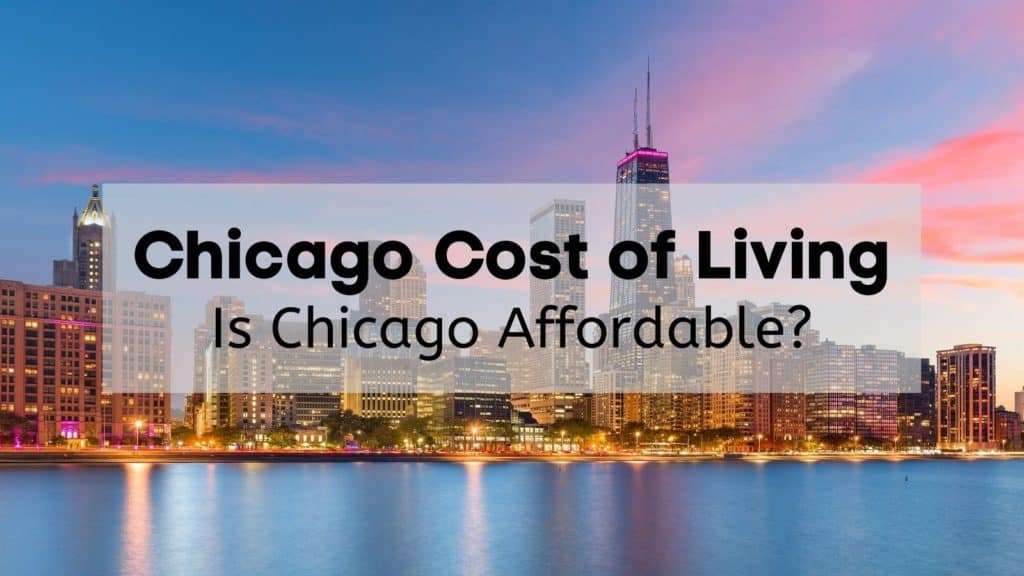 Considering making the Windy City home? Chicago offers a great quality of life with a strong economy, a famous food scene, and world-class attractions. Is Chicago expensive? That’s probably a big concern as you consider moving to Chicago.

While it isn’t the cheapest metro area to call home, Chicago is affordable compared to other major cities like Los Angeles, New York, Boston, Seattle and DC. Here’s everything you want to know about the Chicago cost of living.

How much does it cost to live in Chicago? A good place to start is looking at the city’s cost of living index. This compares the cost of living in a metro area to the national average based on a comparison of prices for a representative sample of items.

The Chicago cost of living index is 120. That makes it 20% more expensive than the national average.

Groceries and healthcare are right at the national average and transportation is about 26% higher than average. This includes gas, car insurance, car purchase, and maintenance.

Chicago utilities are the only category lower than average, although that’s changing. In 2019, residents faced the third installment of a 30% increase in sewer and water taxes. The cost for water increased from $2.01 per 1,000 gallons from $1.28 per 1,00 gallons. The full hike won’t take effect until 2022.

Housing is the biggest expense you’ll face, and it’s the biggest factor driving up the cost of living in Chicago. The city’s housing index is 154.

Another way to assess the cost of living is to look at metrics tracked by the Bureau of Labor Statistics.

The Consumer Price Index (CPI) measures average changes in prices paid for typical consumer goods and services. The CPI for Chicago recently showed regional prices up 1% month-over-month and up 4.7% year-over-year. Energy prices rose 29% over a year.

The BLS’s Consumer Expenditure Survey is also helpful. It shows average expenditures and income for residents of a metro area.

The most recent Consumer Expenditure Survey for Chicago found households in the metro area spent an average of $64,804 during the year. This is very close to the U.S. average of $62,395. Here’s what the typical Chicago household budget looked like:

The average household spent 11.6% on insurance and pensions, 8% of income on healthcare, and 5% on entertainment.

To better understand the Chicago cost of living, compare the average prices below to what you pay now.

Cost of items in Chicago, IL:

GasBuddy’s 2021 Fuel Price Outlook predicted gas prices will remain around $2 per gallon for most of the U.S. but cities like Chicago, Phoenix, and New York City will see gas prices averaging more than $3 per gallon.

Chicago has over 200 distinct neighborhoods within 77 community areas, the latter of which were mapped out to group neighborhoods and regions in the 1920s. Chicago is more frequently divided into the North Side, West Side, South Side, and the Chicago Loop, or the central business district. 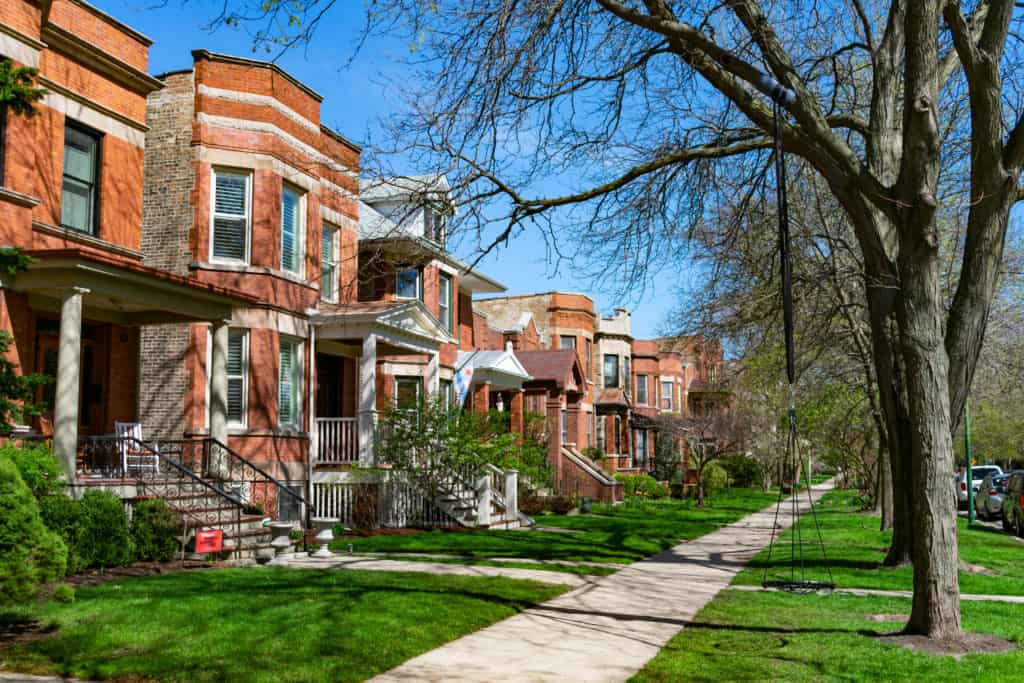 When analyzing the cost of living in Chicago, IL, remember that housing is the biggest factor and it all depends on where you live. Here are 2020 median home prices in Chicago for popular neighborhoods.

In the Loop, the median home price was $369,500. However, prices can reach $4 million with many luxury properties.

How much is an apartment in Chicago, IL? The average Chicago rent is $1,908 according to RentCafe.

One of the most desirable apartments in Chicago is 465 North Park in Streeterville, one of the most expensive neighborhoods in Chicago for renters. Enjoy luxury amenities like a pet spa, private car share, a sky deck, a lounge with a fireplace, and a resort-style pool with cabanas. Rent starts at $2,250 for units starting at 523 square feet!

Of course, rent varies dramatically by neighborhood. In desirable areas like Near East Side, Printer’s Row, and Dearborn Park, you’ll pay an average rent of $2,400 per month. In some Chicago neighborhoods, rent averages $600 to $800 per month.

The Chicago cost of living doesn’t mean much without comparing it to average income in the area. How much do you need to earn to live in Chicago? Here’s what the typical Chicagoan earns.

Here’s what you can expect to earn in common occupations.

Taxes play a big role in the Chicago cost of living, but they’re easy to overlook! Make sure you factor in how taxes will affect you after moving to Chicago.

The Illinois income tax rate is a flat 4.95%. There is no local income tax in Chicago.

Chicago has the highest sales tax rate in the United States.

The effective property tax rate in Chicago is 2.10%. Illinois has the second highest property taxes in the U.S.

The city increased property taxes in 2019, the final, fourth installment of the largest property tax increase in Chicago history.

The cost of living in New York depends on the borough:

What about other major metro areas? Here’s a quick look at other metro areas more expensive than the Windy City.

Looking for cities with a lower cost of living? You’ll pay 10-20% less to live in Philadelphia, Atlanta, Miami, Dallas-Fort Worth, and Phoenix.

Chicago may not be the cheapest metro area, but it’s definitely more affordable than most. It’s the 3rd largest city in the United States, but it isn’t in the top 10 most expensive! If the cost of living in Chicago is a concern, you’ll find plenty of affordable neighborhoods to put on your list.

Once you have narrowed down your many options and you’re ready to enjoy everything the Windy City has to offer, the 5-star movers at Federal Companies are ready to help. Give us a call at 309-690-0000 for a free moving quote to get started.