About 25 miles north of Chicago is the beautiful and affluent city of Northbrook, IL. Known for its self-named park district, shopping centers, and the Chicago Curling Club, Northbrook is a great place to live with many amenities and fun local activities.

Although it was originally protested by local residents who already lived there back in the 1960s, Northbrook became recognized by the nickname “Instant City” due to a handful of housing developments rapidly popping up in the area.

If you’re considering moving to Northbrook, there are a few things you’ll want to know ahead of time. Take a moment to learn some interesting facts about living in Northbrook and why it’s such a nice place to live.

As a suburb of Chicago, the population of Northbrook is 33,591 with a median age of around 50 years old. It is often recognized as a retirement community and has seen minimal growth since the 1980s. But people residing in Northbrook also tend to stick around for a long time once they get here.

The gender ratio in Northbrook leans toward women who make up about 53.26% of the population, while men make up the remaining 46.74%. Northbrook demographics show diversity in the area adds up to about 81.5% Caucasian,  13% Asian, 2 % Hispanic or Latino, and 1% Black or African American.

2. Best Things to Do in Northbrook

Whether you’re looking for a relaxing day outside or an indoor activity, you’ll find more than enough fun things to do in Northbrook. Among the top places to visit is the Techny Prairie Park and Fields, where you can enjoy everything from their golf course and open green spaces to the picnic areas and children’s playground. Take a walk along one of the paved trails during summertime or bundle up and take a ride down the sled hill during winter.

Weekend plans: explore all the beautiful parks in the neighborhood. This is Techny Prairie Park & Fields, about 5-miles from us. We love exploring our neighborhood – if you live at The Elaine, be sure to follow @nb_parks for more park and outdoor inspo. Photo Credit: @nb_parks

Spanning a large area of about 56 acres, another one of the top attractions in Northbrook is Wood Oaks Green Park. As another top landmark around town, this park features a baseball diamond, tennis courts, grills, fishing, and its own local playground.

Which park has your favorite path? #Spring #Trail

You know you’re going to want to eat after you finish moving to Northbrook. One of the best places to eat in Northbrook is Max and Benny’s Restaurant, where you’ll find a breakfast and lunch menu of omelets, soups, salads, sandwiches, burgers, hot dogs, and much more. Their deli is famous for its corned beef sandwiches and matzo ball soup dishes.

As one of the more wealthy suburbs of Chicago, the cost of living in Northbrook is about 35% higher than the U.S. average and about 42% more than the Illinois average. You will find that groceries, transportation, and the housing market play the biggest roles in these differences.

Being an affluent community, about 87.2% of people residing in Northbrook are homeowners. If you’re interested in buying, a look at your options will show the average price of a home in Northbrook is about $443,000. Though this price has seen a slight drop of about 5% in the past year, Northbrook, IL homes for sale offer plenty of choices for every lifestyle.

Though fewer people lease their living spaces in town, people planning on renting their space after relocating to Northbrook will still have a good amount of options as well. The average price of rent in Northbrook is about $2,192, which is a 7.44% increase over the past 12 months. On average, a one-bedroom location will cost about $1,892 per month, while a two-bedroom will be closer to $2,547 per month.

Covering a small part of the Chicago metropolitan area, Northbrook neighborhoods only take up about 13 square miles. These communities are considered safe and provide peace of mind for residents living in Northbrook no matter your location. 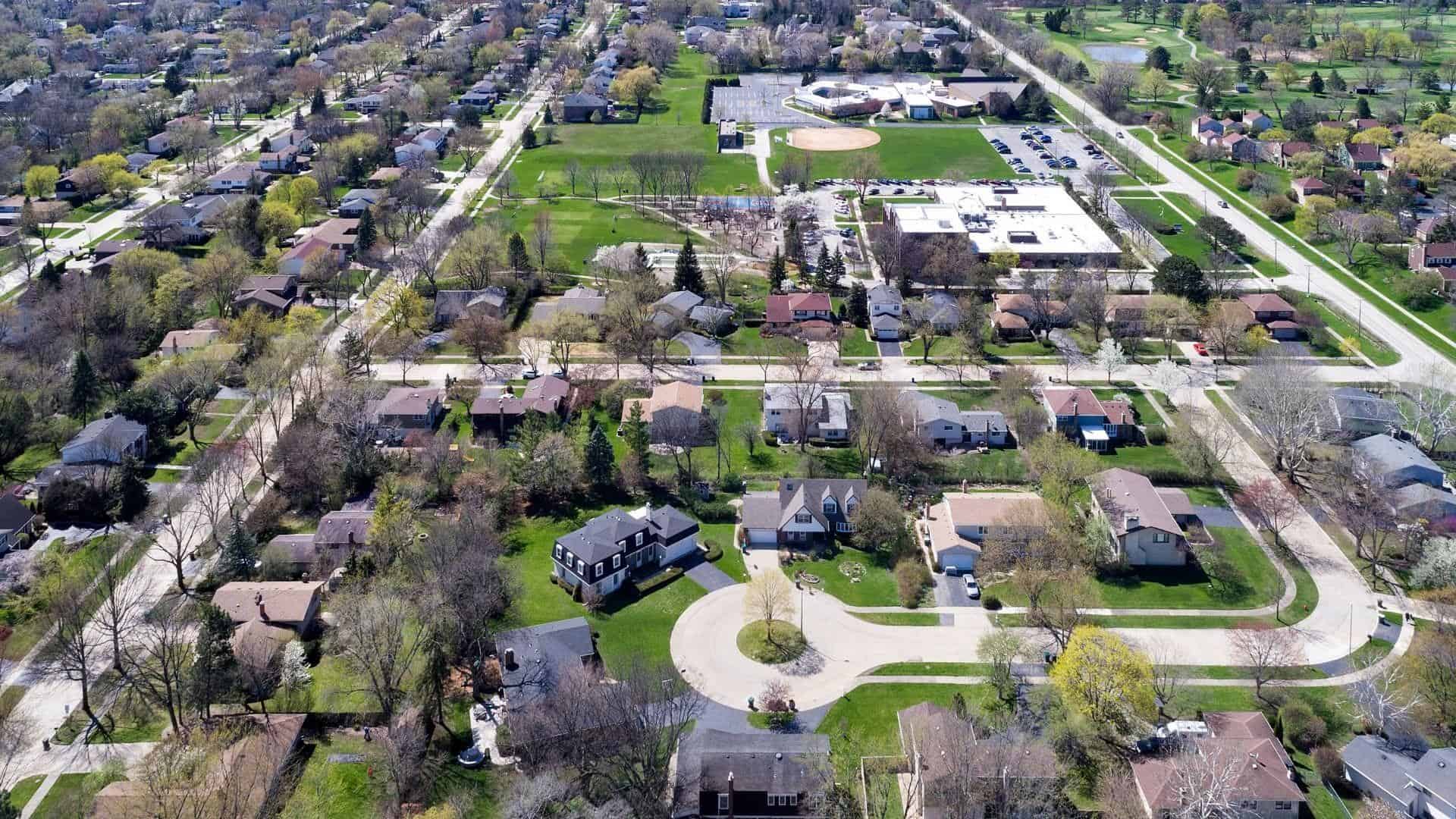 Some of the top neighborhoods in Northbrook include:

New residents living in Northbrook will love knowing they have more than enough convenient shopping options around the city such as the Northbrook Shopping Plaza, Trader Joe’s, T.J. Maxx, Northbrook Court, Dollar Tree, CVS, and the Village Square of Northbrook.

Home to some of the top-rated schools in the Chicago area, the local education in Northbrook is a good spot for people with children. There are about 5,437 kids between 5 and 17 years old living in Northbrook, making up about 16.2% of the city population. Depending on where you reside, these children are served by three nearby school districts: Northfield Twp Hsd 225 School District, Northbrook School District 28, and West Northfield School District 31.

A few of the best schools in Northbrook you’ll be able to choose from include:

The nearest college to Northbrook residents is Trinity International University, which is about 8 miles north in Deerfield.

Residents in this area are in close proximity to a wide variety of great Northbrook jobs both in town as well as nearby in neighboring cities. The wealth found in the area can be seen in the Northbrook median household income of $119,568, which is almost twice the national average.

The most common industries for local careers include scientific services, healthcare, insurance, manufacturing, and retail stores. If you’re looking for the top jobs in Northbrook, you can always start with the largest employers in the area such as:

Although it’s rare due to local traffic, some people also commute from Northbrook, IL to Chicago about 25 miles away, taking about 45 minutes each direction.

On the outskirts of Chicago, it’s nice for locals to have plenty of outdoor activities in Northbrook where they can enjoy comfortable, clear days. Places like the River Trail Nature Center as well as the Chicago Botanic Garden are only a couple of the options you can visit outside. 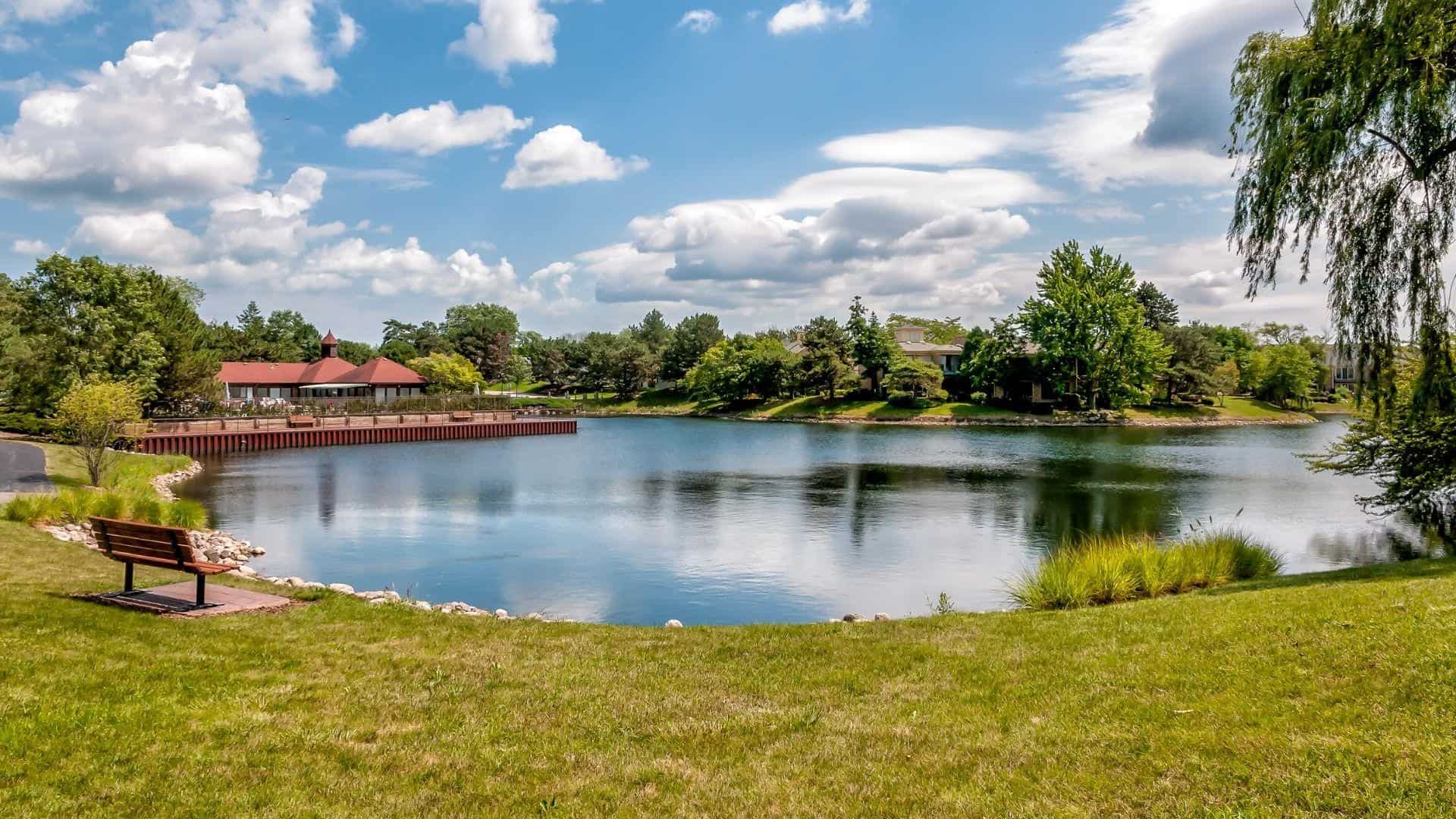 When it comes to the weather in Northbrook, you’ll want to be prepared for freezing winters between the low teens and the low 30s. The cold months also bring an average of about 36 inches of snow per year. While summers warm up to much more mild temperatures between the low 60s and low 80s.

Tips for Moving to Northbrook

Is living in Northbrook right for your needs? Our friendly movers would love to help you with relocating to Northbrook, making it a much easier process. Give us a call today at 309-690-0000 or complete the Request a Quote form on this page for a free moving estimate!