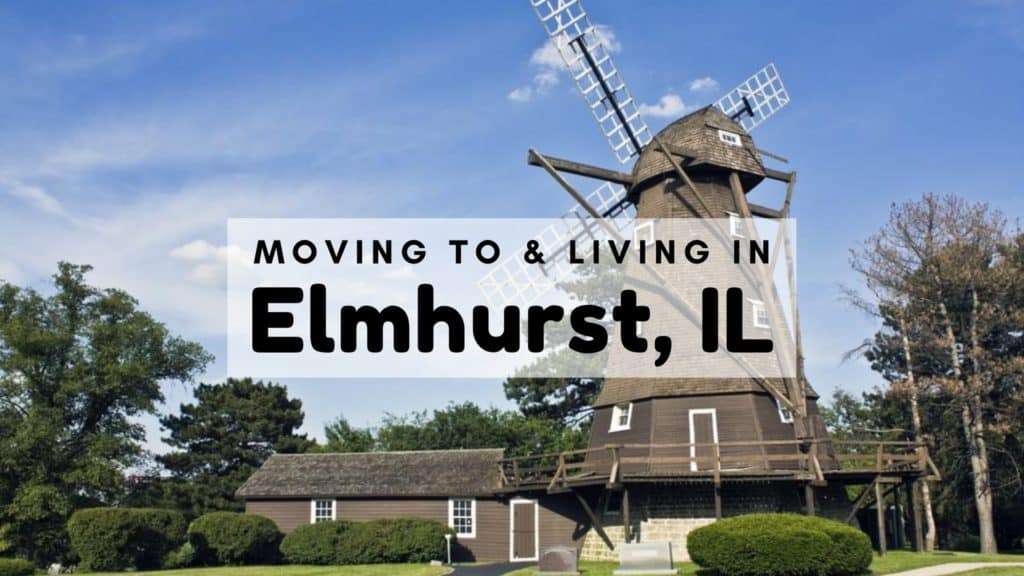 In recent years, Elmhurst has been ranked among the “Ten Best U.S. Towns for Families” by Family Circle magazine. Located about 18 miles west of downtown Chicago, Elmhurst is adjacent to other cities like Lombard, Oak Brook, Berkeley, and Bensenville.

Elmhurst is known for the many large corporations that have their headquarters within the city. This list includes the Sunshine Biscuits, which is owned by the Keebler Company, and the McMaster-Carr Supply Co, a major supplier of tools and construction hardware. The popular cookies made by Famous Amos are also distributed from Elmhurst.

As you research the culture of Elmhurst, you’ll find the area is suburban and hosts mainly affluent homeowners. These individuals all enjoy the many advantages to living in Elmhurst.

As you consider moving to Elmhurst, there are a few things you should know before taking the next step.

Although there was a temporary decrease in the Elmhurst population during the 1970s, it has since been on the rise again over the past few decades. As the area is slowly gaining more residents relocating to Elmhurst, the population has reached 46,139 people with a median age of 39 years old.

The city consists of about 83% Caucasian, 6% Hispanic or Latino, 6% Asian, and 1.4% Black or African American, making the Elmhurst demographics only mildly diverse. The gender split is nearly even with about 51.04% of local residents being female and the remaining 48.96% male.

A handful of famous people have called Elmhurst home over the years. This includes former NBA all-star and coach Jeff Hornacek, who was born in Elmhurst, along with a few other professional athletes, politicians, and more.

2. Top Things to Do in Elmhurst

Exciting activities abound in Elmhurst with its wide variety of fun places to visit and nearby amenities. One of the best things to do in Elmhurst is visit Wilder Park, which has beautiful gardens, a children’s playground, soccer fields, tennis courts, a veterans memorial, and more. The city frequently hosts seasonal events and activities at the park, making it a popular spot in town.

For an indoor amenity worth a stop, head over to the Elmhurst Art Museum. This enjoyable place to visit features fun events, rotating exhibits, and creativity classes for kids as well as adults. You can enjoy any of these functions or simply wander through the museum to view its impressive architecture and interesting history.

You’re surely going to want information about the most popular places to eat around town after relocating to Elmhurst. One of the top spots on the list in the Egg Harbor Cafe, serving traditional breakfast plates that range from eggs benedict and pancakes to french toast and a wide variety of skillets. Whether you simply want a coffee or a plate of bacon and eggs, this top-rated Elmhurst restaurant is one location you’ll want to keep in mind.

Another amazing place to eat in Elmhurst is Mack’s Golden Pheasant Restaurant, which is the oldest continuously owned restaurant in DuPage County. This wonderful eatery’s menu is filled with house specialties that include roast duck, pork tenderloin, prime rib, chicken oscar, and many other great dishes.

4. Cost of Living in Elmhurst, IL

The cost of living in Elmhurst is on the more expensive side compared to other parts of the state. The average expenses in the area are about 30% higher than the U.S. and about 36% higher than the Illinois median.

More than 80% of people residing in Elmhurst are homeowners that possess their living space. The average price of a home in Elmhurst has recently reached $550,000, which is an increase since last year. Local homes for sale in Elmhurst, IL usually sell for 3% under their listing price and range in square footage and cost based on their location.

Expecting to be one of the other 20% who leases their property after moving to Elmhurst? The average price of rent in Elmhurst is about $2,206 per month, a 28.47% increase over the last year. On average, you’ll be able to lease a one-bedroom location for about $1,311 per month and a two-bedroom place for around $2,110 per month.

Communities in Elmhurst are ranked as the 21st safest city in Illinois, making it a secure option for newcomers relocating to the area. Elmhurst is made up of just over 10 square miles, which provides enough room for a handful of nice places to live. 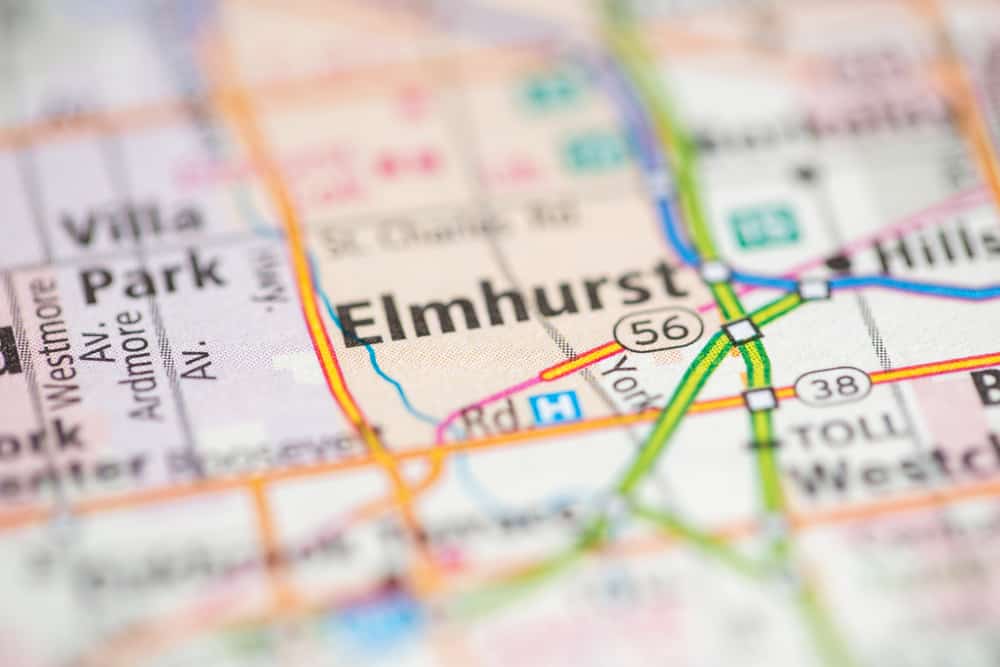 The safest and most comfortable neighborhoods in Elmhurst are:

Elmhurst is located along the eastern border of DuPage County, with a small portion of the city in Cook County as well. It covers a handful of local zip codes including 60126, 60163, and 60523. If you’re planning to get a new phone number after moving to Elmhurst, you can expect either a 630 or 331 area code.

Transportation in Elmhurst offers numerous ways to get around town, including rideshare services like Uber and Lyft. The city has easy access to the I-290, I-294, and I-88. Elmhurst is also only about 10 miles south of O’Hare International Airport.

Convenient shopping can be found all over the city for residents living in Elmhurst with great places like Elmhurst City Centre, Jewel-Osco, Mariano’s, York Center Plaza, Whole Foods, 7-Eleven Elmhurst Crossing, and many more.

With its own Elmhurst School District 205, the city of Elmhurst has a reputable education system for young children. There are about 9,090 kids between the ages of 5 and 17 years old residing in Elmhurst, making up more than 20% of the local population.

The top schools in Elmhurst include campuses for:

Newly graduated students who want to remain close to home after high school will have two nearby colleges to choose from. They will be able to attend either Elmhurst University or Elmhurst College.

The median household income in Elmhurst is about $104,222, a number that is more $40,000 higher than the average across the nation. Many Elmhurst jobs by locals include careers as management, sales reps, administrative supporters, finance professionals, and educators at city schools. The most common industries found in Elmhurst are technical services, healthcare, education, insurance, retail, wholesale, and construction.

A handful of the largest employers providing jobs in Elmhurst are:

The commute from Elmhurst to Chicago is only about 18 miles, taking between 30 to 40 minutes depending on traffic. This makes Elmhurst a popular bedroom community for those who plan on working in the big city.

Being so close to Chicago, you can expect pretty similar weather to the Windy City. Summer temperatures vary between the mid-60s and mid-80s. While winter weather in Elmhurst brings bone-chilling temps between the low teens and 30s, paired with more than 31 inches of annual snowfall. 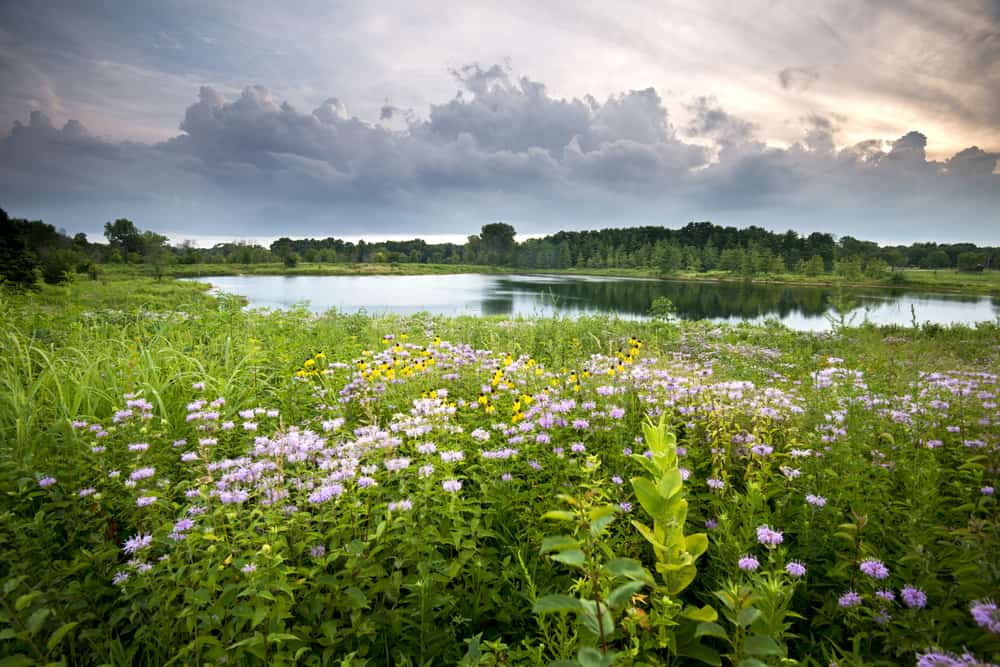 Outdoor activities like local parks in Elmhurst can still be enjoyed at various times of the year in between the 38 inches of yearly rainfall.

Tips for Moving to Elmhurst, IL

Are you going to be relocating to Elmhurst soon? Federal Companies has a team of dependable Elmhurst movers who are fully trained and prepared to assist you! Give us a call today at (800) 747-4100 or complete the Request a Quote form above for a free moving estimate!